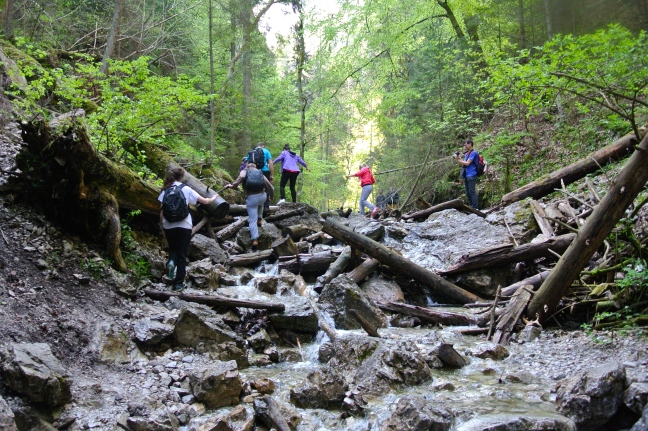 When did May happen? I feel like it was January and then I blinked and now it’s the time when I told myself the time would fly by. I guess it has. Last week and now this one are strangely short, due to the two public Czech holidays of May Day and now VE Day this coming Thursday. Before I have another adventure in Copenhagen this coming weekend, I wanted to update on the past 7 days…

Last week was pretty hectic with 2 days of scattered lessons and then the big day of my oldest students’ “Last Bell Ringing.” There has come to be a pattern in many of my experiences here where I have no idea what to expect. I’ll hear of some tradition, attempt to ask about it, and get a very modest and lax answer that in no way prepares me for what will happen. This was exactly what happened last Wednesday.

I approached school only to bump into a group of my students dressed as Despicable Me minions and blowing horns in my face. I then walked up the stairs of my school, had my face tagged by one class with red lipstick, and was sprayed with a pretty terrible smelling perfume. I then began to understand how this tradition at my school works. Each class is assigned a time when the class below them in their track has prepared some themed obstacle/task course for them on the stairwell. The class first presents flowers to their teachers before each “senior” goes through the course. It was pretty cool and yet I couldn’t help laughing at how none of it would be allowed in an American school. Almost any American principal would have tamed the ideas down to nothing.

For one example, the course was “international” themed. The seniors had to eat a tortilla chip with salsa before running down the stairs being shot with water guns in “Mexico,” search for a diamond in a gooey mixture in a bucket in “South Africa,” play Russian roulette with a fake gun and real alcohol in “Russia,” crawl down the stairs through a tunnel made of tarp in “Poland,” draw a picture of themselves while blindfolded in “France,” and then jump on a trampoline to finish. While the drinking age here is 18 so everyone was legally eligible to drink, (fake) guns, blocked stairwells, and alcohol would NEVER happen in an American high school. And yet, there were no injuries, everyone was having a blast, and the tradition will continue. I definitely was feeling a lot of college nostalgia.

Wednesday (April 30) evening was another Czech tradition called the Witch Burning Night. There was a big festival with bands and wine and beer, as well as huge bonfire (with children running WAY too close to it).  I was also able to climb up one of Znojmo’s towers for a really pretty view over the town and the festival.

My first long weekend was spent in Slovenský Raj, a national park in Slovakia near the Tatra Mountains with my friend Hana. She is half-Slovak so It was really cool to hear about her experiences going there as a child and all of her memories. I know Slovakia isn’t on too many peoples’ radars in the US, but the nature there is really beautiful! It was so much more woodsy and mountainous than the Znojmo area and seeing the different villages as we drove was a really unique experience. We drove there on May Day and it seemed as if we saw everyone out and about in the nice weather as we drove by. It was also easy to tell that the area we were in Slovakia is much more impoverished than the Znojmo area. Seeing the little Roma children running through the streets reminded me of my mom being the Pied Piper to all the children in the Guatemalan villages we visit.

We stayed in a little village called Vernár at the cutest place called Penzion Sabina. Our first day was spent conquering the epic Suchá Belá hike. I’m pretty sure the people who named this trail were big jokesters because suchýmeans “dry” and we were essentially hiking up a river that included waterfalls, ladders, wooden bridges, and dunking our feet in water. It was BEAUTIFUL and even though I fell once, it was totally worth it! Also, the food we ate as a reward the rest of the weekend was pretty yummy too. 🙂 Otherwise, the rest of the rainy weekend was spent relaxing, exploring the town of Poprad, and watching lots of rom-coms in our nice little apartment in the Penzion.

It was nice not to have much to worry about and really appreciate being in such serene nature for the weekend. After never being a person who craves the outdoors and always wanting to live in a city, I have never considered how it can be so nice to just be in a natural setting without the pressures of society and the congestion of other people’s opinions. I think growing up near NYC, I never could understand how people live in small towns in rural places not be super bored. Yet, after living next to a national park this year and spending time with people and in a culture that treasures nature, my opinion has officially changed. There is something to be said about appreciating the simple things, like family, friends, and beauty. Who knows where this revelation might lead me now…

Coming up this week: Majáles and Copenhagen

2 thoughts on “The Simple Life”