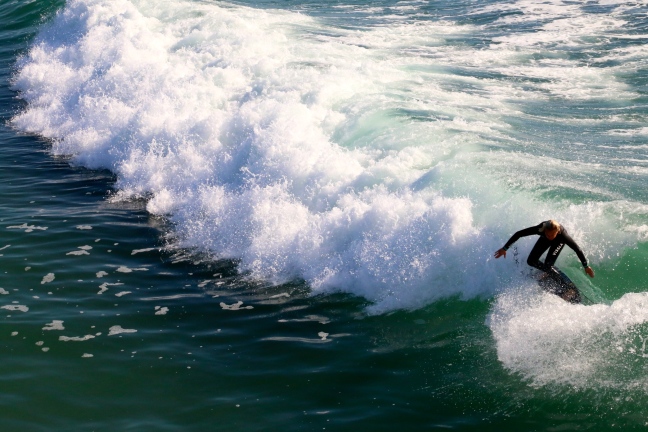 Maybe during the month of March I gave myself mild travel whiplash. For some reason, several travel plans managed to converge in March and so I’ve spent the past few weeks traveling around the coasts of the USA. Each mini-trip has been fun in it’s own separate way and with spring around the corner and longer days, it’s easier to maximize the opportunity of each day. Here’s a recap of how to explore 5 cities, in 4 states all in 1 month. 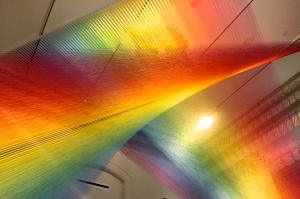 I hadn’t been down to my good old second city since October and so it felt like I was due for a visit to my several friends down “South.” While DC doesn’t feel as new or exciting anymore, the weekend was nicely relaxing and I still managed to get caught up in some of the hip-aspects of the DC life I stay tuned into from afar. For example, while brunch is a big deal in NYC, this weekend proved the real meaning of brunch to the DC social scene. Both Saturday and Sunday late-mornings were spent at hip brunch spots where groups of friends came together over variations of Eggs Benedicts and mimosas. In addition, I spent Saturday afternoon waiting in the epic line to view the free and newly opened Renwick Gallery. These contemporary art installations had been all over my Instagram newsfeed for months! While I resisted the urge to post, I will admit that the Gallery was a cool experience and I definitely was mesmerized Gabriel Dawe’s Plexus A1, 2015.

One week later I was watching Donald Trump’s rally get shutdown by protesters on my JetBlue flight down to Hollywood, Florida for a close family friend’s wedding weekend. I cannot say too much about the town of Hollywood, FL, but I will say that I was happy to feel some star-treatment and relaxation in the sun and on the beach. Really, nothing beats the combination of clear, blue, warm water and soft sand. Most of all, the wedding I attended was full of love and set in a beautiful location. Everything was festive and we all enjoyed dancing the night away in celebration!

I hadn’t been to the city of Los Angeles since I was very little, and therefore remembered very little about the city itself. This time, I was staying right in the heart of Downtown and found lots to explore both in the neighborhood and via freeway to all parts of LA.  I will admit that I had very low expectations about Los Angeles, due to stereotypes of Hollywood superficiality and air pollution; however I will admit, LA is also secretly cool and plus, the weather is pretty great.

I’ve never heard too many people rave about the Downtown LA area, but given my lack of access to a car, I spent a lot of time wandering around the streets of the area and discovering a lot of hidden secrets that made LA stand out to me.

Architecture: I was surprised at how much I came to notice the architecture. My first day, I decided to walk to the historic district and en route discovered several of LA’s most iconic buildings and museums along Grand Avenue and beyond—the Walt Disney Concert Hall, The Broad Museum, the LA Times building. At the last minute, I also remembered one of my favorite movies, 500 Days of Summer, and managed to find the vantage point of one character’s favorite LA architectural view.

Pedestrians and Parks: I’m guessing it’s because of the warmth all year round, but LA had a lot of great little plazas and parks nestled amongst the tall buildings and broad avenues where pedestrians can pretend like they’re not in the middle of a huge metropolis. Whether watching a St. Patrick’s Day concert in Pershing Square or watching little kids run through the fountain in Grand Park, it was easy to find life amid a city known for it’s busy roads.

Cultural History: I was surprised how many influences from other cultures were prevalent in the Downtown Area. On my first day alone I made it over to the LA Historic District, which actually featured a lot of history about the city’s Mexican and Chinese populations, and then had dinner a few blocks away in Little Tokyo. While I had no expectations to learn about this aspect of the city during my trip, it was a welcome surprise to roam Olvera Street, wander the Chinese American History and then eat a big bowl of ramen.

Gentrification at its Finest: Bordering one of the largest homeless communities in the USA, there were also plenty of cute shops, cafés and markets to satisfy the young Millenial that I am. I spent some quality time amongst the labyrinth of The Last Bookstore and sitting outside Café Colab, people-watching the young trendy employees of the Fashion District. Even though I was full, I spent a lot of time wandering the stalls at Grand Central Market and in the end, I decided my stomach could squeeze in some Horchata from a soda fountain machine.

Most of all during my trip, I loved witnessing the Cali lifestyle that lived up to its sunny reputation in my view. Walking on Venice Beach or in the hills of Griffith Park, it was great to see so many active people who have both the ocean and huge nature preserves to roam. It was hard not to draw constant comparisons with NYC, where we are still barely moving into spring and our parks are so crowded that it’s hard to find any sense of serenity. While I don’t think I would love all of the driving required for the LA lifestyle, maybe there’s something to be said for spreading out a city over a lot of land.

Next, I took my first-ever Greyhound bus down to San Diego to visit one of my best friends from university for an awesome 28 hours. While we didn’t have much time, we did fit in some scenic Cali moments including a beach sunset outside the famous Hotel del Coronoado and gazing over some of San Diego’s preserved wetlands. To borrow a word from Czech, it finally felt like I finally had some pohoda — an untranslatable sense of relaxation that I wished would never end. Plus I got to spend the actual day of Persian New Year with one of my very few Persian friends, complete with a Persian food buffet. To start the “New Year” it seemed appropriate to have 24 hours of relaxation and a bit of reflection too. Yet, despite how nice it was to be in a beautiful place with one of my best friends, there was the small push to get back to reality. 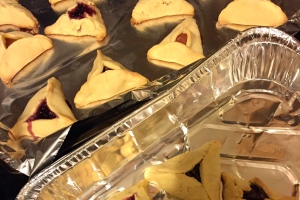 Amidst the whole month with only 1 real week away, there was New York City. While the month was focused on my various trips, it’s impossible for New York to fall into the background easily. Between stressful weeks of work, there was also a Broadway show, a night of discussing politics with my grandparents, yummy potlucks with friends and my first time making hamentashen for Purim. Needless to say, it’s hard to find a night to relax when there’s so much going on. With a busy month behind me, I’m looking forward to some time to slow down and appreciate the city (and hopefully some warmer weather). Until next time!

One thought on “March Madness”